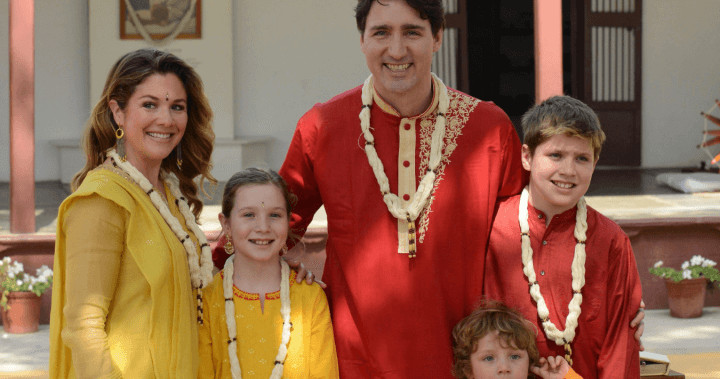 A plethora of news feeds and social media commented on the Canadian Prime Minister’s clothes during his recent visit to India.  Faux pas? A distant echo of the Emperor’s New Clothes? Or a colourful cultural tribute that tickled media keyboards? Through the cultural intelligence lens, one may see a strong will to adapt to local culture.

Harmonizing to the local dress code is not uncommon for a political figure visiting another nation. This gesture of good faith essentially aims to show respect for local culture and colors. Familiar with this practice, Trudeau often adapts his wardrobe to the tone of other nations. He even wore ceremonial headgear when imposed by the local cultural protocol.

In my humble opinion, the Prime Minister of Canada is among the most style-sensitive heads of state. In preparation for his Indian mission, his entourage has appealed to experts in the field. Some of his wife Sophie Grégoire-Trudeau’s outfits were designed by Anita Dongre, who “is earning the reputation of being the go-to designer for foreign dignitaries on official visits to India.”

Beyond style and accuracy concern, the clothing worn by Trudeau, his wife, and 3 children reflected cultural requirements. “In Amritsar, for instance, Trudeau, his son and his cabinet ministers each wore an orange head covering called a ramal, which is required for entry to the Sikhs’ holy Golden Temple. Sophie, Ella Grace and many of Trudeau’s female cabinet ministers each wore a long scarf called a chunni, to cover their heads, for the same purpose.” 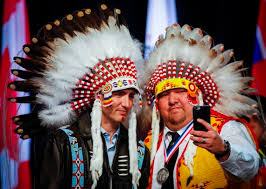 But it is not just about respecting the dress code. The Canadian mission also observed Indian business practices, capturing the attention of less culturally aware observers. The Canadian Broadcasting Corporation corrected a columnist for the Canadian magazine Maclean’s insinuating a lack of seriousness of the Prime Minister because the latter held meetings with Indian business leaders in hotels rather than in their factories. To which the CBC responded: “From Bombay to Bay Street, real CEOs often do business in suites in five-star hotels, not on factory floors.”

Commentators who may have failed to check diplomatic cultural codes imagined a chill between the Canadian Prime Minister and his Indian counterpart because the latter did not welcome Trudeau at the airport. However, nothing in the diplomatic protocols indicates the necessity of such a practice. As for the imagined frost, it appears to have quickly thawed with a warm bear hug between the two heads of state at their reunion in Delhi.

Other than the Canadian delegation’s enthusiasm to adapt to Indian culture, it seems the missteps might have rather from hasty, less culturally informed keyboards. Observers may have reacted to astonishment while paying little attention to the impacts where the actions truly mattered: in India.

Incidentally, the Canadian Prime Minister’s economic mission to India has raised more than $ 1 billion in contracts and more than likely strengthened critical relations between India and Canada.